Military pay, including active duty pay and allowances and retired pay, stops upon a Soldier's death. The Survivor Benefit Plan (SBP) is a program through which the Department of Defense provides monthly, cost-of-living-adjusted income to eligible survivors of Soldiers who die on Active Duty in the line of duty, including Reserve Soldiers and National Guard Soldiers who die on Federal Active Duty in the line of duty and Retired Soldiers who choose to continue participating in the program after they retire.

Soldiers who retire due to a service-connected disability incurred while on active duty, whether Regular or Reserve, may participate in SBP.

Reserve and National Guard Soldiers may participate in the Reserve Component Survivor Benefit Plan (RCSBP) when they complete 20 years of qualifying service for non-regular retirement.

The following table illustrates which program applies to whom, depending on one's duty status and retirement eligibility:

Phase-Out of the SBP-DIC Offset:

The National Defense Authorization Act for Fiscal Year 2020 modified the law that requires an offset of Survivor Benefit Plan (SBP) payments for Surviving Spouses who are also entitled to Dependency and Indemnity Compensation (DIC) from the Department of Veterans Affairs (VA). Under the previous law, a Surviving Spouse who receives DIC is subject to a dollar-for-dollar reduction of SBP payments, which can result in SBP being either partially or fully offset. The repeal phases in the reduction of this offset and started on January 1, 2021 and culminating with elimination of the offset in its entirety on January 1, 2023. Some survivors who are subject to the "SBP-DIC Offset" saw a change in their SBP annuity payments on February 1, 2021 or February 1, 2022, while others will not see a change until February 1, 2023.

For more information on the Phase-Out of the SBP-DIC Offset, please visit:
https://www.dfas.mil/retiredmilitary/survivors/SBP-DIC-News

Eligibility of Survivors of Army Reserve Soldiers who die on Active Duty and Inactive Duty for Training in the Line of Duty:

3. Children, Spouse Excluded (Effective January 1, 2023, this will not be an option)

Non-Drill Status with 20 years or more of service, under age 60:

Survivors of Soldiers who die in a non-duty status or “Not in the Line of Duty” while on a duty status but had 20 or more creditable years of service may be eligible for RCSBP benefits depending on what the Soldier elected upon the receipt of their NOE. The Soldier must have elected either Option B (deferred annuity) or Option C (immediate annuity) and elected the applicable category. There are six categories of survivors who may receive benefits: 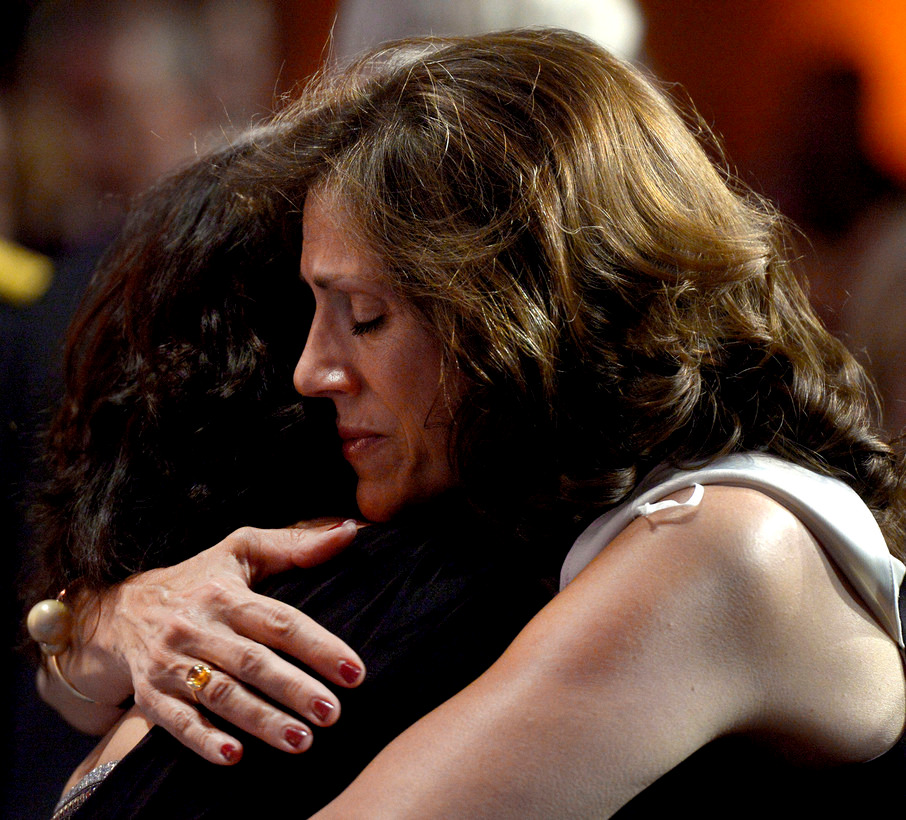 Non-Drill Status with 20 years or more of service, under age 60: Benefits depend on which RCSBP option the Army Reserve Soldier elected when they completed the RCSBP initial election form upon receipt of their 20-Year Letter (Notice of Eligibility to receive retired pay at age 60). Option A would not pay any benefits because the Army Reserve Soldier deferred enrolling until age 60. See the "ARMY RESERVE: RETIRED" fact sheet in this series for more information about SBP.) Option B would pay an RCSBP annuity when the Army Reserve Soldier would have reached age 60. Option C would pay an RCSBP annuity immediately upon the Army Reserve Soldier’s death. If Soldier does not make an election, they automatically receive Option C coverage for dependents at the time of receipt of Notice of Eligibility (NOE) if the NOE was issued on or after 1 January 2001. The RCSBP annuity would be calculated based on points. If the Soldier elected a reduced "Base Amount" rather than full-retired pay, the RSBP annuity would be 55 percent of that reduced "Base Amount". (A "Base Amount" can be any amount between $300 and full-retired pay.) For example, if the average of the highest 36 months of base pay for an Army Reserve Soldier is $4150 and they had 2500 retirement points, their retired pay would be $720. ((2500 points/360) x 2.5% = 17.3%; $4150*17.3%=$720)) See table below for comparison of annuity based on full base amount and reduced base amount.

Spouse: A spouse married to the Soldier at NOE or 20 year letter and who is also named as the beneficiary for RCSBP is an eligible spouse, regardless of how long they have been married. A Soldier who is unmarried on the date of their NOE or 20 year letter and later marries, must elect spouse coverage for that spouse within one year of the date of the first marriage following NOE or 20 year letter. That spouse is not eligible to receive benefits unless they were married to the Soldier at least one year or had a child born of that marriage. If no action taken within one year of marriage, RCSBP is closed for that spouse and any future spouse.

A spouse election applies not only to the spouse a Soldier has at time of NOE but also to any future spouse. If a participating Soldier loses their spouse through death or divorce, the Soldier still has spouse coverage, but it goes into a "suspended" status. If the Soldier remarries, the spouse election reactivates, and the new spouse automatically becomes an eligible beneficiary after one year of marriage or upon the birth of a child of that marriage, if sooner. During that first year, the Soldier has three choices: (1) Allow the previous RCSBP election to resume (which happens automatically if the Soldier does nothing); (2) Terminate spouse participation (which forever prohibits spouse participation in the future); or (3) Increase coverage if the previous election was for less than maximum benefits. Under the third option, the Soldier would be required to pay premiums for the increased coverage retroactively to the date of initial enrollment for all periods of previous spouse coverage, less any premiums already paid.

A surviving spouse can receive RCSBP benefits for life, but remarriage before age 55 suspends eligibility to receive benefits. If such marriage later ends by death or divorce, eligibility is restored.

A surviving spouse whose SBP annuity is offset by DIC is entitled to a monthly Special Survivor Indemnity Allowance (SSIA) from the Department of Defense. In calendar year 2022, the monthly payment is $346 and will increase with COLA raises. SSIA is not payable to children because children's RCSBP annuities are not offset by DIC.

Spouse-and- Child(ren): The spouse is the primary beneficiary. Benefits pass on to eligible children only if the surviving spouse dies or remarries before age 55.

Child(ren) Only: Eligible children are the beneficiaries. Benefits are divided equally among all eligible children. If the RCSBP annuity is divided among multiple children, as each child ages beyond the eligibility limit or marry, whichever comes first, the annuity is reapportioned among the remaining eligible children. Ultimately, one child ends up receiving the entire annuity, which then terminates when that child reaches the eligibility limit or marries, whichever comes first. Eligible children include natural children, adopted children, stepchildren, and foster children who lived with the Soldier in a normal parent-child relationship. Children may receive RCSBP benefits until age 18, or age 22 if enrolled full-time in high school, college, vocational or technical school, or another recognized educational institution as long as they remain unmarried. An exception is that if a child reaches age 22 while in school, and their birthday is before July 1 or after August 31 of a calendar year, eligibility continues until the earlier of the child's cessation of full-time studies or the 1st day of July following that birthday. A child who becomes incapable of self-support due to a physical or mental disability before age 18, or before age 22 while a full-time student, may receive benefits for life, as long as they remain unmarried. Prior to electing RCSBP coverage for an incapacitated child, the Soldier should research the effect of the RCSBP income on other benefits to which the incapacitated child may be eligible under state or local welfare or support programs. An irrevocable election to pay the RCSBP annuity for an incapacitated child to a special needs trust set up for the benefit of the child may be made at any time.

Former Spouse-and-Child(ren) : This is identical to the spouse and children option in costs and benefits, except that only the Soldier’s children of the marriage to the former spouse may be named as beneficiaries. This is true even if the child had been a beneficiary under a previous child(ren) only or spouse and child(ren) election if the children were not adopted by the former spouse.

Insurable Interest: A Soldier who is unmarried and has no children at time of NOE can elect coverage for a person who has an insurable financial interest in the Soldier's continuing life. An insurable interest is presumed for all Family members related more closely than a cousin (parents, stepparents, grandparents, grandchildren, aunts and uncles, brothers and sisters, half-brothers and half-sisters, and non-dependent

Surviving children may receive RCSBP benefits until age 18, or age 22 if enrolled full-time in high school, college, vocational or technical school, or another recognized educational institution as long as they remain unmarried. An exception is that if a child reaches age 22 while in school, and their birthday is before July 1 or after August 31 of a calendar year, eligibility continues until the earlier of the child's cessation of full-time studies or the 1st day of July following that birthday. A child who becomes incapable of self-support due to a physical or mental disability before age 18, or before age 22 while a full-time student, may receive benefits for life, as long as they remain unmarried.

Beneficiaries receiving benefits under the "Insurable Interest" beneficiary category remain eligible for life, regardless of age, marital status, or receipt of any other government benefit.