Active duty Soldiers are eligible for the Servicemembers' Civil Relief Act starting on the date active duty orders are received and, in limited situations, a Soldier's dependents may also be eligible. Protection generally terminates one year after the date of discharge of active duty. Soldiers who are absent from duty as a result of being wounded or being granted leave are also granted protection under the act.

The Six Percent Rule : A Soldier has the ability to reduce consumer debt and mortgage interest rates to 6% under certain circumstances. This applies only to debts and mortgages that were entered into prior to entry on active duty. In the case of mortgages, this reduction in interest extends for one year from release from active duty.

Delay of Court and Administrative Proceedings : The SCRA permits active duty Soldiers who are unable to appear in a court or administrative proceeding due to their military duties to postpone the proceeding for a mandatory minimum of ninety days upon the Soldier's request. This provision specifically includes Child custody hearings.

Termination of Leases : This benefit allows termination of leases by active duty Soldiers who subsequently receive orders for a permanent change of station (PCS), a deployment for a period of 90 days or more, or because of a 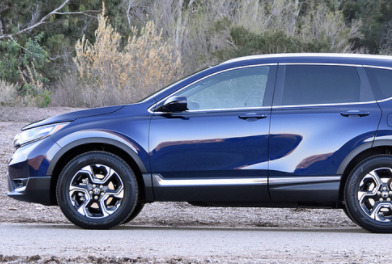 stop movement order (retroactive to March 2020). Rent amounts that are unpaid for a period preceding the date of lease termination are paid on a prorated basis. The lessor may not impose an early termination charge.

Automobile Leases : This benefit allows termination of automobile leases leased for personal or business use by Soldiers and their dependents if the Soldier subsequently receives orders for a permanent change of station (PCS) outside the continental United States or from Alaska or Hawaii to the continental United States or a deployment for a period of 180 days or more. Lease amounts that are unpaid for the period preceding the termination date are paid on a prorated basis. The lessor may not impose an early termination charge.

Eviction for Nonpayment of Rent : Although the SCRA does not excuse Soldiers from paying rent, it does afford some relief if military service makes payment difficult. Military members and their dependents (in their own

right) have some protection from eviction under the Servicemembers’ Civil Relief Act (SCRA), Section 301.

Default Judgment Protection : If a default judgment is entered against a Soldier during their active duty service or within 60 days thereafter, the SCRA allows the Soldier to reopen that default judgment and set it aside if certain conditions are met.

Life Insurance Protection : The SCRA permits the Soldier to request deferment of certain commercial life insurance premiums and other payments for the period of military service and two years thereafter.

State Taxation Clarification : The SCRA provides that a nonresident Soldier's military income and personal property are not subject to state taxation if the Soldier is present in the state only due to military orders. The state is also prohibited from using the military pay of these nonresident Soldiers to increase the state income tax of the Spouse.