Service performed in a uniformed service if the employee was ordered to or retained on active duty (other than for training) under any provision of law because of a war or national emergency declared by the President or the Congress, as determined by the Secretary concerned.

The National Committee for Employer Support of the Guard and Reserve (ESGR) is an agency closely affiliated with the Office of the Assistant Secretary of Defense for Reserve Affairs. Established in 1972 by the Department of Defense, ESGR currently operates through a network of more than 3,000 volunteers in 54 committees located across all 50 states, the District of Columbia, Guam-CNMI (Commonwealth of the Northern Mariana Islands), Puerto Rico, and the U.S. Virgin Islands.

Employer Awards: To recognize employers who support their Guard and Reserve employees, ESGR grants a series of Department of Defense (DoD) awards:

Seven Seals Award: The Seven Seals Award is the broadest and most inclusive award given by ESGR, as it may be awarded to employers, ESGR staff members and volunteers, or any person or entity that significantly 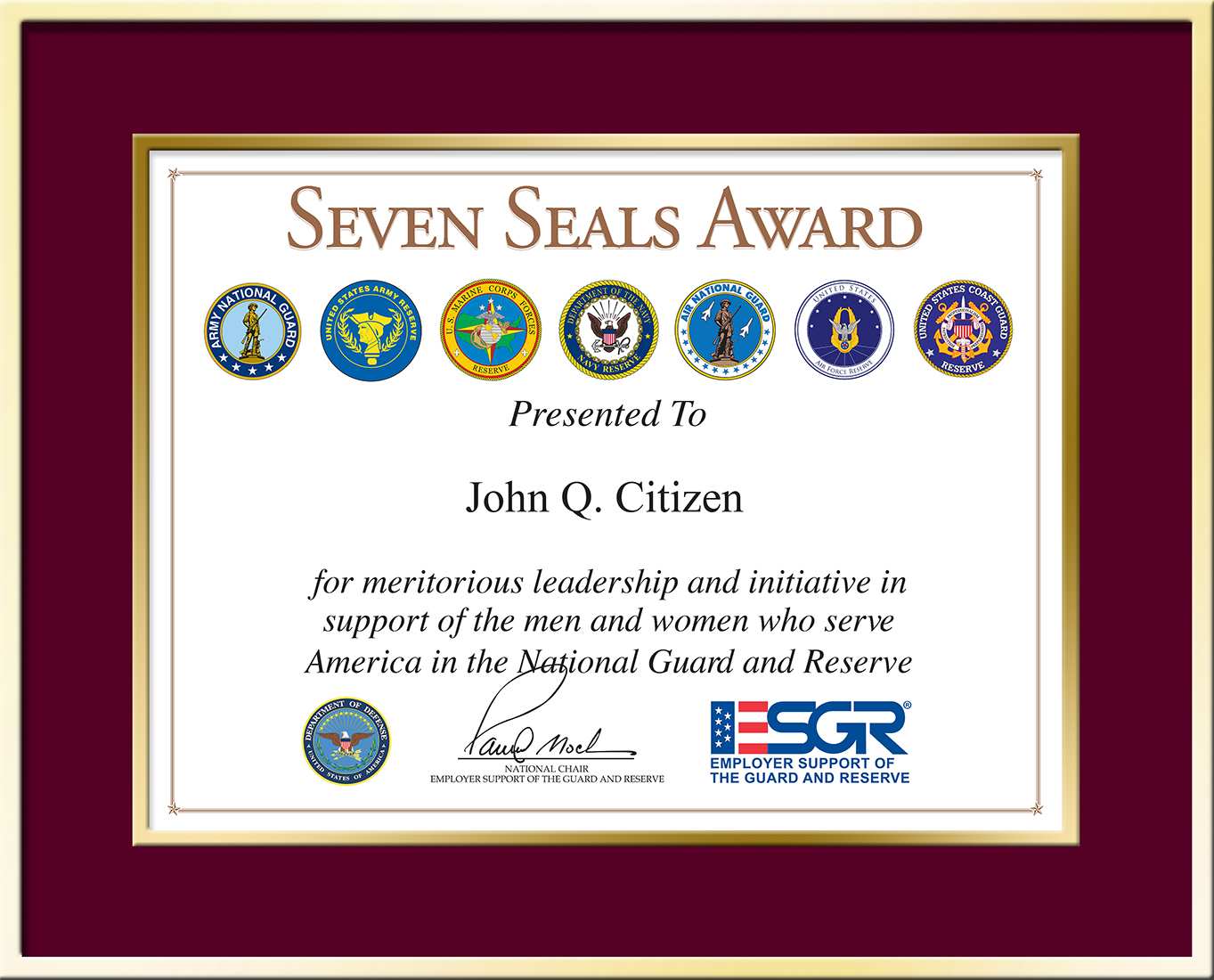 advances the ESGR mission. It is presented at both the state and national levels to honor significant individual or organizational achievement, initiative, or support that promotes and supports the ESGR mission, to include the efforts of the more than 4,500 volunteers who carry out ESGR's mission across the Nation on a daily basis.

Above and Beyond Award: The Above and Beyond Award is presented by ESGR State Committees to recognize employers at the local level who have gone above and beyond the legal requirements of the Uniformed Services Employment and Reemployment Rights Act (USERRA) by providing their Guard and Reserve employees additional, non-mandated benefits such as differential or full pay to offset lost wages, extended health benefits, and other similar benefits.

Pro Patria Award: ESGR's Pro Patria Award is presented annually by each ESGR State Committee to one small, one large and one public sector employer in their state or territory. Recipients have demonstrated the greatest support to Guard and Reserve employees through their leadership and practices, including adopting personnel policies that make it easier for employees to participate in the National Guard and Reserves. This is the highest level award that may be bestowed by a state ESGR committee.