Retired Soldiers are not eligible for Captive/POW/MIA entitlements; however, Retirees recalled to active duty have the same entitlements as other Sol 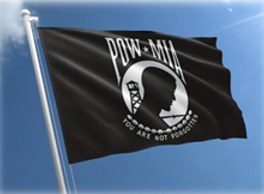